A Proper Way Of Sharing Documents?

There are many reasons why a number of people might need to share a document. Perhaps staff regularly send out a ‘boilerplate’ letter, email or application form and it is important that they use the same up to date version. Everybody needs to have the correct one so it makes sense to email the file to all concerned right? Emailing it ensures that each recipient has their own ‘official’ copy and it could also be suggested that users save it to their desktops so it can easily be found when needed.

The problem is that by emailing everybody in the loop, lots of copies of the same thing have been created for each user to do with as they please. When there are multiple copies of the same file out ‘in the wild’ it can lead to all sorts of errors and inconsistencies being introduced. For example, if somebody spots what they believe is a typo they could decide to edit their copy. Which is not at all what was intended because the whole idea of sharing the file was to ensure that everybody had the same thing, wasn’t it?

Now imagine that it’s a couple of months later and the typo has been spotted or the process has been changed so the original file gets updated. Another email is sent with the latest version attached telling staff to use this one instead. Now everybody has an additional copy (which may or may not get confused with the first one they received) and the original problem of duplication has escalated.

Perhaps you have seen this type of file sharing practice? I certainly have and I know I’m not alone in receiving emails with spreadsheets and document templates attached; along with helpful advice about saving them for later use.

The fact is that emailing files is unnecessary and everybody being sent their own duplicate copy can lead to errors, omissions and inconsistencies. So while this might at first seem like the obvious method, it is an outdated and inefficient way of doing things which can be very much improved…

A single file can be stored centrally on a company’s shared server or Intranet, and then only the linkto this ‘official’ file is shared along with instructions not to make copies and to use only this one when it is needed. Using this method means that everybody sees the same file and that any essential changes made to the original are immediately available without the file, or indeed any notification, having to be emailed around all over again. How much more efficient that would be!

So it seems obvious that having a single file that everybody shares is a much more efficient process. It avoids duplications, removes inconsistency and improves efficiency. But even this apparent solution can be bettered…

An Even Better Solution

Put the file in ‘The Cloud’.

Wikipedia defines Cloud Computing as; “the practice of using a network of remote servers hosted on the Internet to store, manage, and process data, rather than a local server or a personal computer.”

I realise that often, within a corporate network, there are paranoid IT managers who are reluctant to allow anything outside of the firm’s firewall due to corporate IT policy; which is after all there to maintain the security of sensitive data. But having files in ‘The Cloud’ is the ideal solution for sharing with a whole host of benefits and it could even be more secure than storing them locally.

For my money you won’t go far wrong, or find anything easier to use than Google Apps. Using Google’s cloud based Apps to share and collaborate on files is simple and intuitive. Simply create a document and click on a button to share it. You can then enter multiple email addresses to invite co-workers and also set access permissions for users who can view, comment on, or edit the document. Each user’s individual comments and updates are automatically recorded and can be viewed by others.

There are alternatives to Google Apps of course, including the corporate friendly Microsoft Office in its Office 365 guise, but I use Google Apps. I like it and I know it works, so naturally, it’s the one I talk about.

While I’m singing its praises, I should mention that sharing and collaborating on documents is just one of the features of Google Apps; others include online conferencing, and email. Don’t forget too that a huge advantage of a cloud based solution is the ability to work from anywhere, so you could be sitting in your local Starbucks (other coffee shops are available) while simultaneously working with other users in different cities or countries. A hipster beard is of course optional.

Or the corporate favourite – Microsoft Office 365 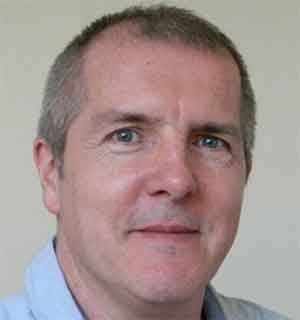 Tony Williams is the founder of TDL Webs and specialises in creating effective and affordable Web solutions for local businesses.

He is the author of The Magic In A Freelance Web Design Business and has been published in WebUser and Net magazine in the UK.

Getting Excited About Google Docs

I have been a fan of Google Docs for years now and regularly use the software for writing articles and Website content and also use it for all of the spreadsheets I create. I’ve also recently started using Google Slides to create presentations and as expected it is...

END_OF_DOCUMENT_TOKEN_TO_BE_REPLACED 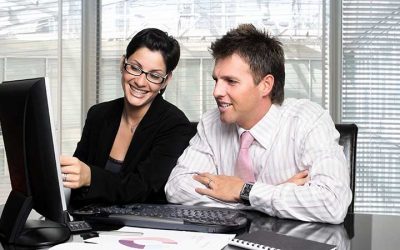 Using GMail To Handle All Of Your Emails

I've been using the Google Mail application for years and find the many useful features, such as labels and message rules, excellent for both work and play. The free 15GB of storage makes it far superior to many of the alternatives too. It might be obvious to many,...

END_OF_DOCUMENT_TOKEN_TO_BE_REPLACED 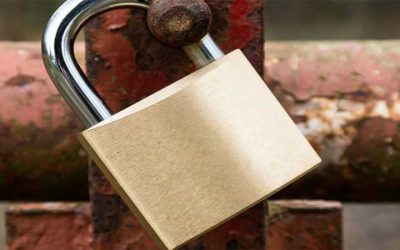 Do you know if your email account is sending spam? I am amazed at just how often I find that my email spam filter has caught junk emails sent from the accounts of people I know. I’m pretty sure that my friends aren’t interested in selling me dodgy pyramid schemes,...